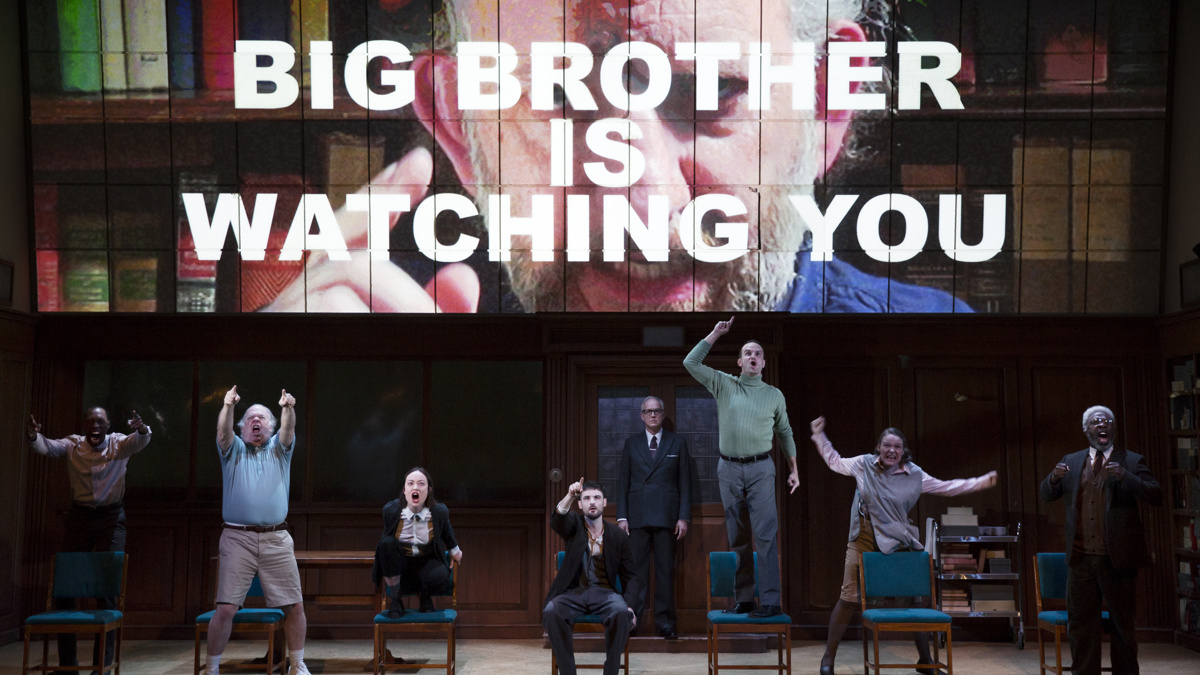 Big brother is watching you. Robert Icke and Duncan Macmillan’s stage adaptation of George Orwell’s 1984 is being turned into a five-part limited series, according to Deadline. The independent studio wiip optioned the rights and are working with Icke and Macmillan to ready their 100-minute play for the small screen.

1984 played a limited run at Broadway’s Hudson Theatre in 2017 . It starred Tony nominee Tom Sturridge and Olivia Wilde in her Broadway debut. The show was deemed “ineligible to compete in any category” for that year’s Tony Awards.

The story of 1984 is set in a dystopian future where critical thought is suppressed by a totalitarian government. There have been two film versions of the novel: one in 1956 that starred Edmond O’Brien and Michael Redgrave, and another in the year 1984 starring John Hurt and Richard Burton.

It was previously announced that Icke is working on a theatrical take on Orwell’s Animal Farm, which is set to debut in 2022.

More information, including casting and a production timeline, to be announced.