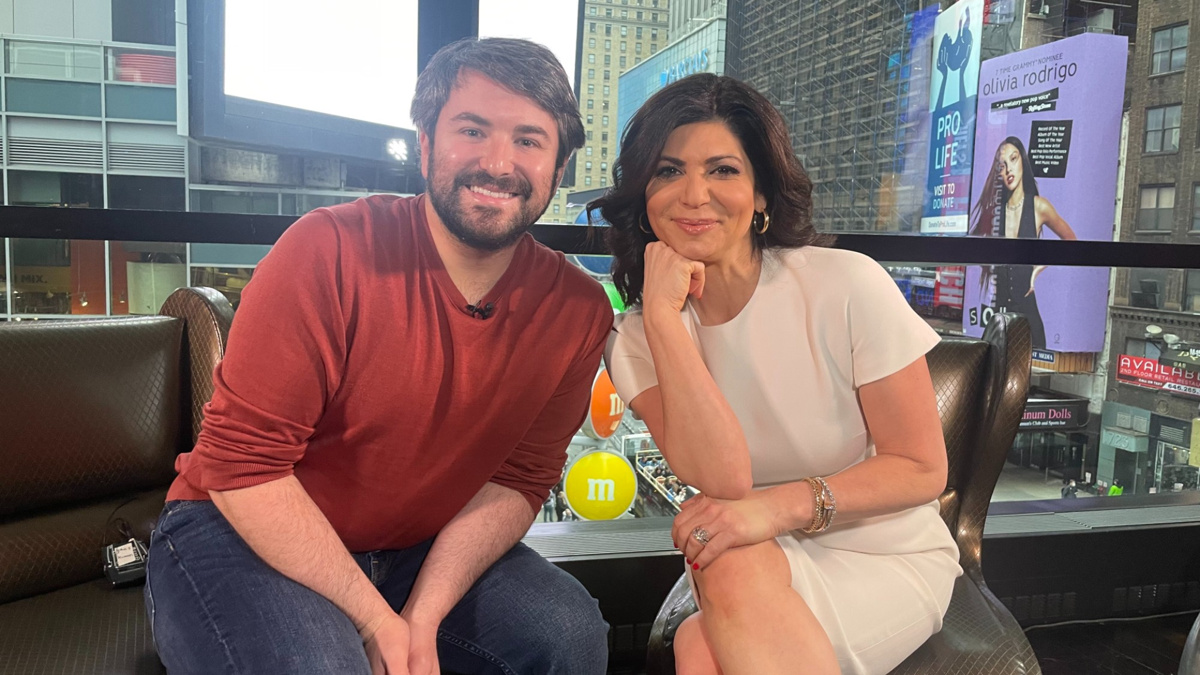 Beetlejuice is back on Broadway with Alex Brightman reprising his Tony-nominated performance. After closing at the Winter Garden Theatre, Beetlejuice has found new life at the Marquis Theatre. The star sat down with The Broadway Show‘s Tamsen Fadal at the Renaissance Hotel to talk about stepping back in as the show’s “ringmaster,” changing the way leading men are perceived and more.

“I certainly wasn’t done with it when we closed. I don’t think anyone was,” Brightman said. “I am oddly grateful for the time because I’ve had some perspective and grew up in those two years. I have new jokes and bits that I’m getting encouraged to do on stage. Even some improv, which is really fun.”

Brightman has been with the production since its pre-Broadway tryout at the National Theatre in Washington, D.C. in 2018. “It was nearly impossible to get back to this stamina-wise, energy-wise and comedically because how much of an audience do you have during a pandemic? Kinda nobody,” Brightman said of returning to the musical. “My dog was so tired of me. It was difficult for the first couple days because I didn’t know how to musical theater anymore. I come into a room full of people and try be funny and orchestrate the show. My job is to sort of be this ringmaster, and it’s a lot of work.”

With two Tony nominations and six Broadway productions to his name, Brightman is no novice when it comes to creating and seizing, opportunities. “I’m ambitious, but I’m totally realistic about what’s going on and how many actors and creative people there. I also know what I look like,” he said. “What I mean is that 10 years ago my idea of a leading man was somebody who had a six pack, looked like Gaston and could sing high tenor with no warming up. When School of Rock happened and they trusted me with that role, it redefined what it meant to be a leading man, and I’m not the only pioneer of this. There wasn’t a type anymore—it was just that you led the show. I’ve been really happy that that’s been the case because I like doing it. Not in a bazillion years would I believe it would be like this. I’m very happy”

Watch the video below, and head here to check your local listings for The Broadway Show. Hosted by Emmy-winning anchor Tamsen Fadal, it is the only nationally syndicated weekly theater news program.