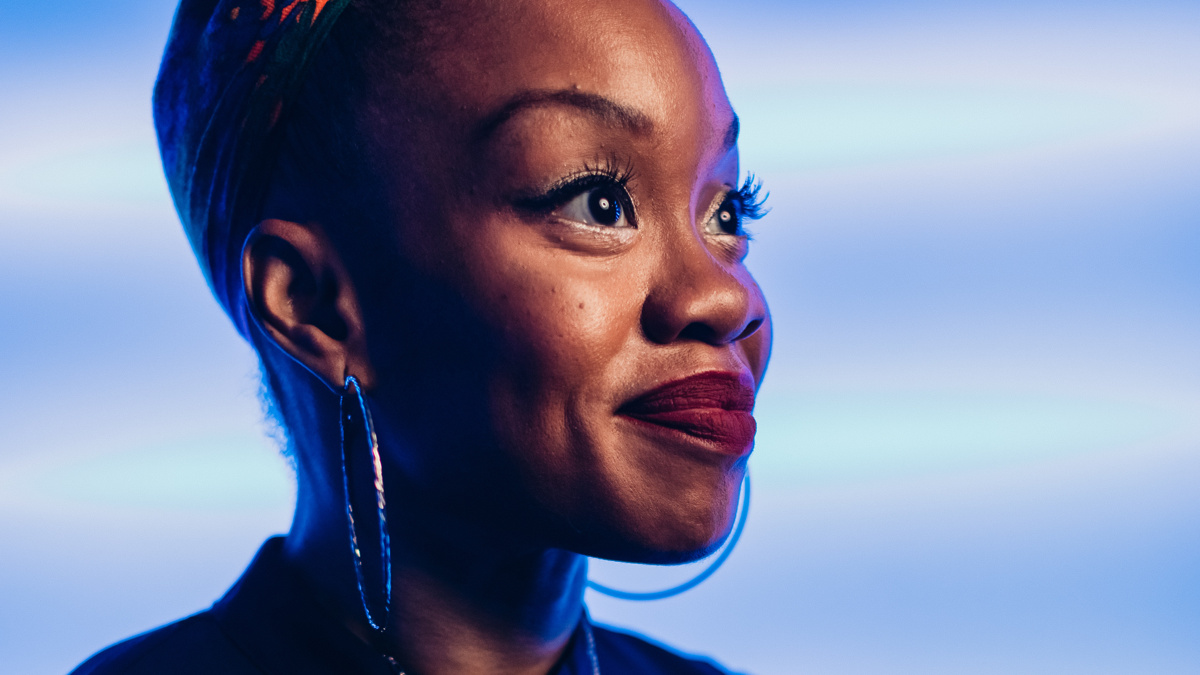 Camille A. Brown on Finding Her Place in the Legacy of Ntozake Shange’s for colored girls

After earning seven Tony nominations, for colored girls who have considered suicide/when the rainbow is enuf has extended its run at the Booth Theatre through June 5. Camille A. Brown garnered two of those nominations for directing and choreographing this staging of Ntozake Shange’s powerful choreopoem. Brown sat down with Broadway.com correspondent Charlie Cooper at the Civilian Hotel to talk about her role in the show’s legacy.

“I think everything that I’ve done before has led me to this moment,” Brown said. She previously received an Antonyo Award for choreographing the Lucille Lortel Award-winning revival of for colored girls at the Public Theater in 2019. Her credits include choreographing Choir Boy, the Tony-winning revival of Once On This Island, A Streetcar Named Desire, starring Nicole Ari Parker, Blair Underwood and Daphne Rubin-Vega, Toni Stone, Much Ado About Nothing, NBC’s Jesus Christ Superstar Live in Concert, Netflix’s Ma Rainey’s Black Bottom and more. In September she will become the first Black woman director for the main stage at the Metropolitan Opera with Fire Shut Up In My Bones.

Brown is the first Black female to serve as both director and choreographer of a Broadway production in over 60 years. “I think it opens up the question of, ‘Why did it take so long for a Black woman to do that?’ The first one was Katherine Dunham,” Brown said. Dunham, who started the first self-supporting all-Black modern dance troupe, helmed the Broadway productions of Tropical Revue, Carib Song, Bal Negre and more.

Shange’s work hits close to home for Brown, who made it a point to “have space” with performers Amara Granderson, Tendayi Kuumba, Kenita R. Miller, Okwui Okpokwasili, Stacey Sargeant, Alexandria Wailes and D. Woods in rehearsal. “You can’t act sisterhood,” she said. “My mom told me to never let anyone take my stuff away, and she’s been telling me that since I was born. It just helped me to persevere whenever I had self-doubt. I’m hoping that I will get another opportunity to [direct and choreograph a Broadway production].”