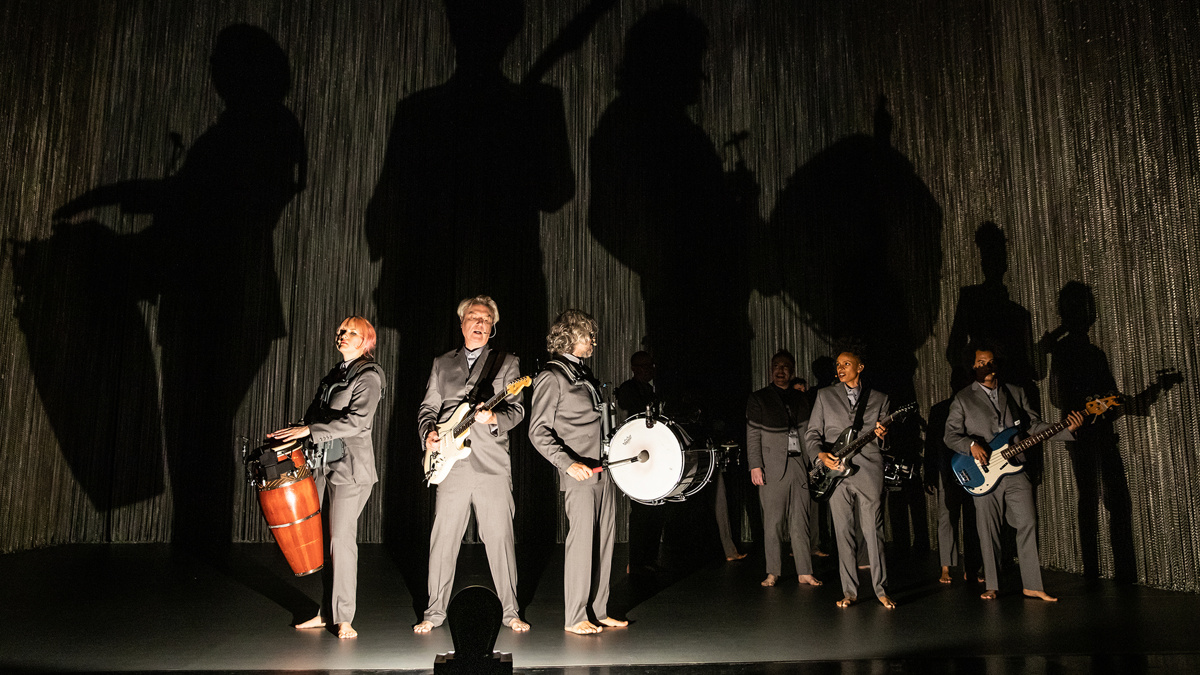 And you may find yourself…back on Broadway! David Byrne’s American Utopia will return to the New York stage in the fall of 2021 at a theater to be announced. Performances are scheduled to begin on September 17, 2021.

In the meantime, you can enjoy the barefoot, gray-suited troupe in Spike Lee’s filmed version of American Utopia, which premieres on HBO on October 17. “With the launch of the American Utopia movie, people have been asking me when they can get tickets to see the show back on Broadway,” said David Byrne in a statement. “We all need things to look forward to at this time. I can’t wait to get back on stage, live, in person with my fellow band members to perform for audiences in person. I realize now, more than ever, how much I miss performing this show with the band in front of a live Broadway audience.”

In American Utopia, the Talking Heads superstar is joined by 11 musicians from around the globe. The piece features choreography from Annie-B Parson with Tony-nominated director Alex Timbers serving as production consultant.