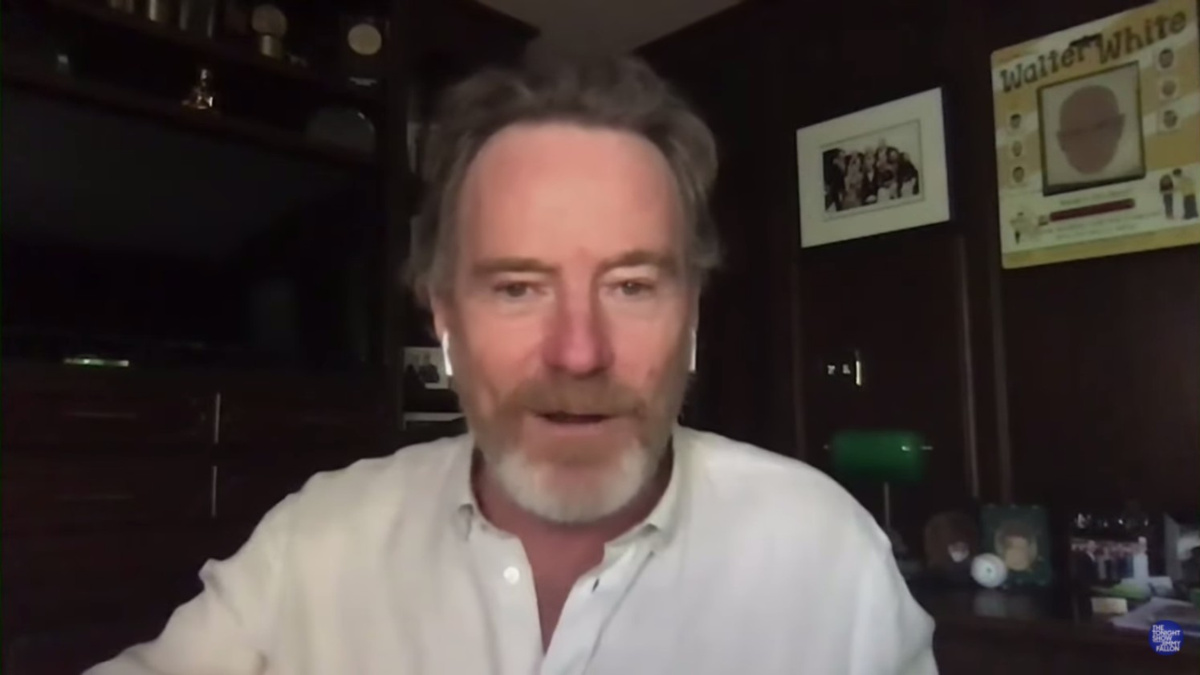 Two-time Tony winner Bryan Cranston is feeling better after being diagnosed with COVID-19 in the spring. “We were very lucky,” he said, referring to himself and his wife. “So many people are suffering desperately from this. My wife and I had about a week of extreme exhaustion and body aches. When I realized I had the antibodies, I was encouraged to give plasma.” Cranston posted his experience doing so in an effort to encourage others. Last seen on Broadway in Network, he revealed that playing mad-as-hell anchorman Howard Beale wasn’t the only gig he had during the run. “I finished a matinee on Sunday at about 5PM, and they swept me out to get on a private airplane to go to a private jet to Albuquerque,” he recalled. Cranston was taking time for a top-secret mission: returning to his Emmy-winning role as Walter White for El Camino: A Breaking Bad Movie. “It was very secretive.” Watch Cranston’s interview on The Tonight Show Starring Jimmy Fallon below and you must scroll down to see why the actor is a man of many hats!