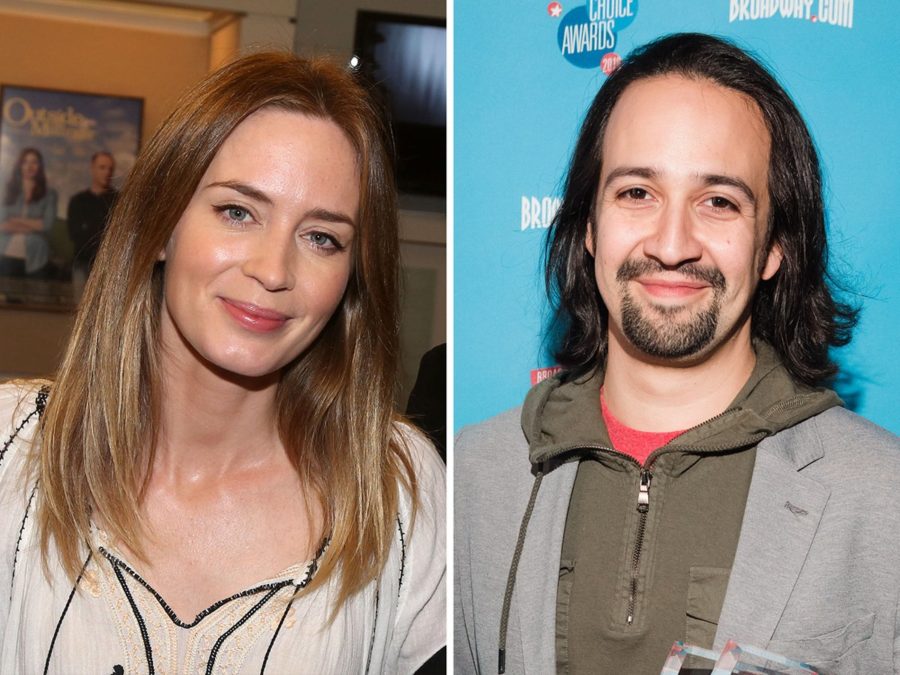 This news is practically perfect! Hamilton’s creator and headliner Lin-Manuel Miranda will officially team up with Into the Woods star Emily Blunt for Mary Poppins Returns. The sequel to Disney’s 1964 classic Mary Poppins is scheduled for release on December 25, 2018.

The film will be helmed by Into the Woods director Rob Marshall, with the screenplay penned by David Magee based on The Mary Poppins Stories by P.L. Travers. Tony and Emmy Award winner Marc Shaiman is set to compose an all-new score; he will write original songs alongside Scott Wittman.

Blunt has been cast as Mary Poppins and Miranda will play a new character, a street lamplighter named Jack. Drawing from the wealth of material in P.L. Travers’ seven additional novels, the story will take place in Depression-era London (when the books were originally written) and follows a now-grown Jane and Michael Banks, who, along with Michael’s three children, are visited by the enigmatic Mary Poppins following a personal loss. Through her unique magical skills, and with the aid of her friend Jack, she helps the family rediscover the joy and wonder missing in their lives.

Travers introduced the world to the no-nonsense nanny in her 1934 book Mary Poppins, which Disney adapted for the screen and released in August, 1964, starring Julie Andrews and Dick Van Dyke. The film won five Academy Awards, including Best Actress for Andrews.