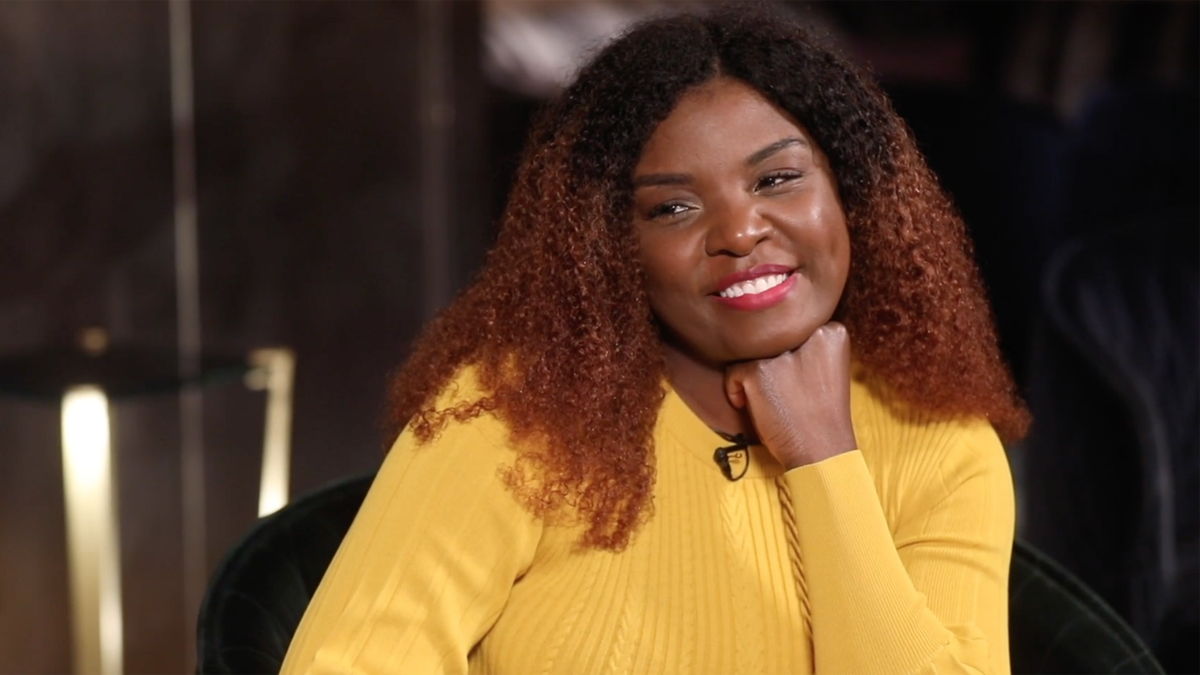 Joaquina Kalukango was nominated for a 2020 Tony Award for her performance in Slave Play, and now she is back commanding the Broadway stage in the new musical Paradise Square. In the production, which opesbat the Barrymore Theatre on April 3, Kalukango plays Nelly O’Brien, a saloon owner during New York City’s draft riots of 1863. Kalukango sat down with Broadway.com correspondent Charlie Cooper at the Time Hotel to chat about the musical’s historical roots and more.

Paradise Square marks Kalukango’s fifth Broadway production, having previously appeared in The Color Purple, Holler If Ya Hear Me, Godspell and more.”I am a huge champion of new works and this piece is so incredible and so timely,” Kalukango said. “It’s an epic new musical, our cast is 40 deep. I’m so excited to bring the story to the Barrymore.”

Set in Lower Manhattan, the musical focuses on the relationships between free Black Americans and Irish immigrants when when President Lincoln’s need to institute the first Federal Draft to support the Union Army incited the deadly New York Draft Riots of July 1863. For Kalukango, taking on the role of Nelly required a history lesson. “This absolutely was not a part of my history class and I took AP History,” she said. “I did a lot of research. I read like eight books. I go a little overboard sometimes because I like to immerse myself in the world. I’m so honored to be a part of this piece.”

With opening night approaching, Kalukango is looking forward to spending more time with her character. “I’m learning to carry [Nelly’s] strength,” she said. “She’s such a progressive thinker. She’s always moving forward for a woman, especially of her time. Her power, how she stands up for her community, her care and love for people is something to admire and something to try to pursue.”

See Kalukango in Paradise Square at the Barrymore Theatre, watch the interview below, and head here to check your local listings for The Broadway Show. Hosted by Emmy-winning anchor Tamsen Fadal, it is the only nationally syndicated weekly theater news program.