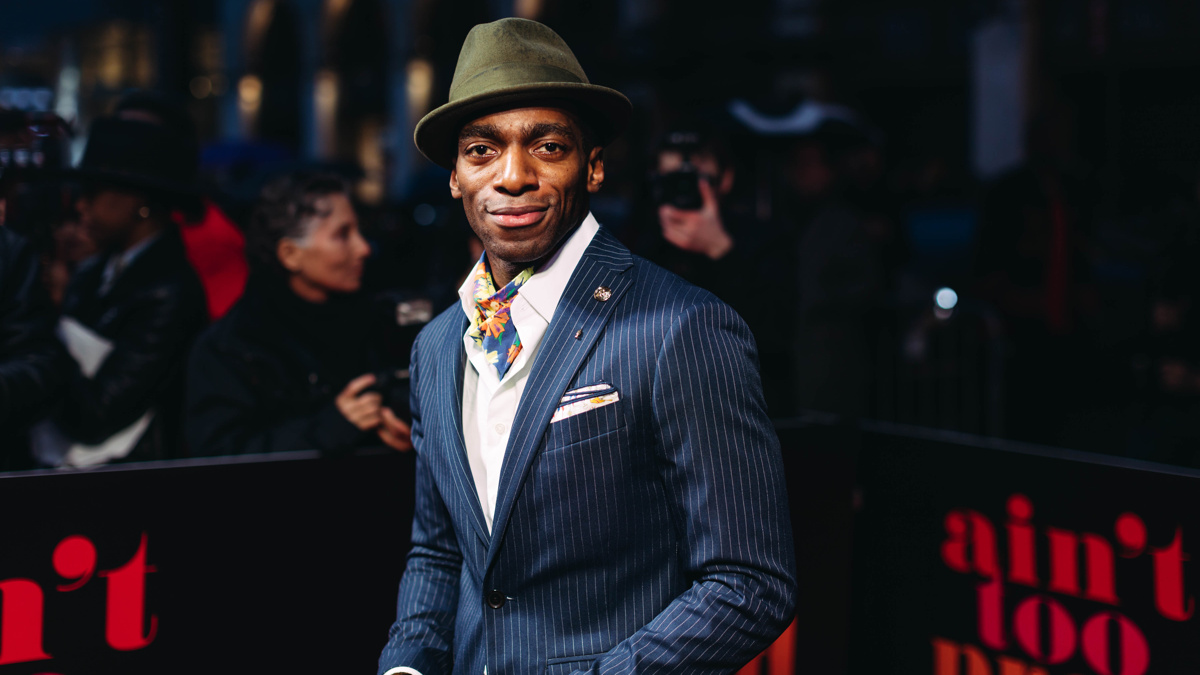 Tituss Burgess, Ephraim Sykes & More Set for The Jam
Tina standout Daniel J. Watts will present The Jam: Love Terrorists, a transformative display of music, dance, spoken word and storytelling, on June 29 at 7:30PM ET live from BETplus’ Instagram. Love Terrorists is the third online installment of Watts’ Jams since the pandemic, preceded by The Jam: No More Silences and The Jam: The Next Time is Now. Watts will be joined by Tituss Burgess, Ephraim Sykes, Derrick Baskin, Taharqa Patterson, Michael Thurber and Jennifer “Flo” Florentino. The evening will also feature a live fundraiser with all proceeds going to the Ali Forney Center, which is dedicated to helping and housing homeless LGBTQ+ youth.

Audra McDonald & More Earn Inaugural Antonyo Awards
Broadway Black announced the inaugural Antonyo Awards, a celebration of the Black Broadway and off-Broadway community, on June 19. Winners included Audra McDonald for her performance in Frankie and Johnny in the Clair de Lune, Adrienne Warren for Tina, LaChanze for The Secret Life of Bees, Danielle Brooks for Much Ado About Nothing, Celia Rose Gooding for Jagged Little Pill, Daniel J. Watts for The Jam and many more. Congratulations to all of this year’s winners!

Swoon Over Darius de Haas’ Singing in Maisel Music Tribute
Theater fans already love The Marvelous Mrs. Maisel for having a talented cast full of Broadway talents like Tony Shalhoub, Zachary Levi, Jane Lynch, Katrina Lenk, Laura Dreyfuss and many more. Fun fact: Broadway’s golden-voiced Darius de Haas lent his vocals to the character of singer Shy Baldwin (played onscreen by Leroy McClain) in seasons two and three. In this musical tribute to the Emmy-winning series, de Haas is front and center. Leigh Silverman directed this music video, shot by members of the show’s cast in quarantine. Both a delightful highlight reel of some of season three’s best moments and a creative way to showcase Maisel‘s musical side, this is sure to bring a dash of marvelous to your day. The best part? It doubles as a showcase to raise awareness and support for Broadway Cares/Equity Fights AIDS, MusiCares and Swans for Relief. Watch the 10-minute extravaganza below!

Joel Schumacher, Director of The Phantom of the Opera Film, Dies at 80
Director Joel Schumacher has died at the age of 80. Variety reports that he passed away on June 22 in New York City after a year-long battle with cancer. Known for helming blockbuster Batman films, he also directed the 2004 film adaptation of Andrew Lloyd Webber’s The Phantom of the Opera, which starred Gerard Butler and Emmy Rossum. Schumacher began his film career as a costume designer for directors, including Woody Allen and Herbert Ross, before making his name as a screenwriter with Sparkle and Car Wash. His other directing credits included Trespass, Twelve, The Number 23, House of Cards, Neighborhood 3: Requistion of Doom and more.

Phillipa Soo & More Set for The Broken Hearts Gallery Rom-Com
The only thing better than enjoying a summer rom-com—enjoying a summer rom-com featuring Broadway stars! The Broken Hearts Club, which is scheduled for release on July 17, follows Lucy (Geraldine Viswanathan), a 20-something art gallery assistant living in New York City, who also happens to be an emotional hoarder. After she gets dumped by her latest boyfriend, Lucy is inspired to create the Broken Heart Gallery, a pop-up space for the items love has left behind. Phillipa Soo, Utkarsh Ambudkar and Bernadette Peters appear in the movie. Get excited with the trailer below!

P.S. Get a sneaky first listen to Andrew Lloyd Webber’s Cinderella musical below!

Orchestrations for @ALWCinderella continue. Sadly no recorded vocals at this stage, so you’ll have to put up with our singing for now! – ALW pic.twitter.com/SnbXbQCrbd
— Andrew Lloyd Webber (@OfficialALW) June 22, 2020