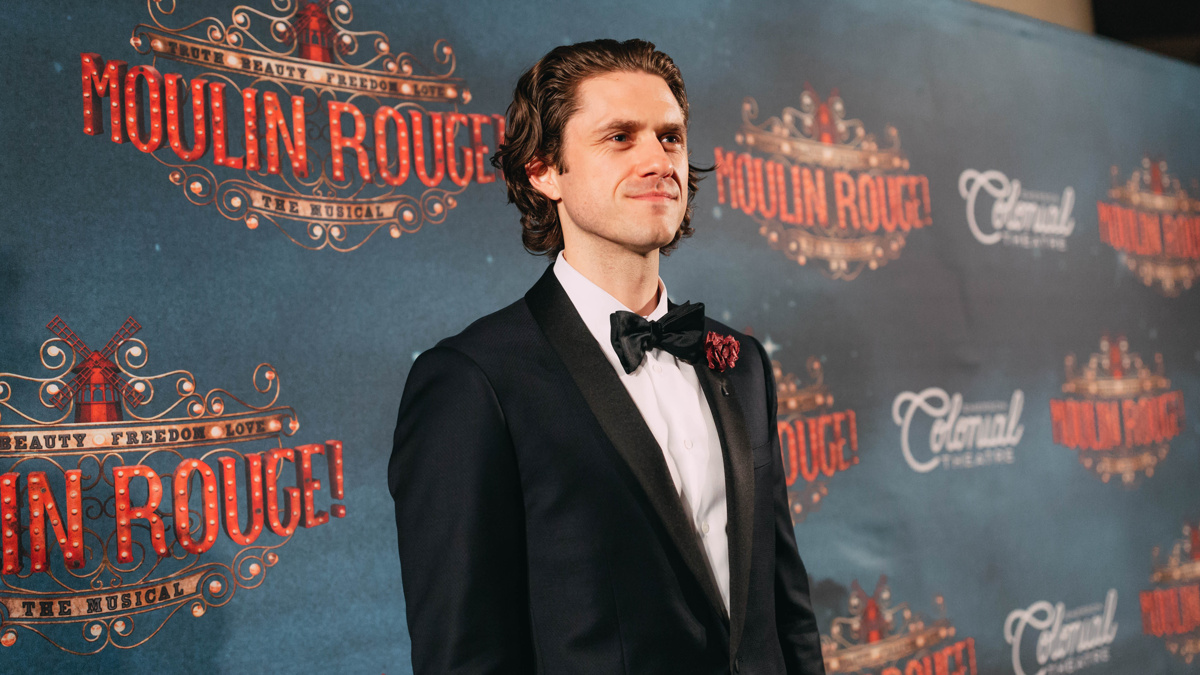 Here's a quick roundup of stories you might have missed recently.

Watch Aaron Tveit Perform Live in Your Home
Loving Schmigadoon!? Here's another way to watch a Broadway favorite show off their talents from the comfort of home. Before he's back on stage at the Al Hirschfeld Theatre for Moulin Rouge! The Musical on September 24, Aaron Tveit can be seen on screen. Due to the popularity of his sold-out concert in July, Barrington Stage Company will make Aaron Tveit Live! In Concert available on demand from September 9 through September 12. Stream it here.

Neil Patrick Harris to Lead Darren Star Comedy Uncoupled
Tony winner Neil Patrick Harris will star in Uncoupled, Netflix’s new comedy series created and executive produced by Younger and Emily in Paris' Darren Star and longtime Modern Family executive producer Jeffrey Richman, according to Deadline. The show centers on Michael (Harris), who thinks his life is perfect until his husband blindsides him by walking out the door after 17 years. Overnight, Michael has to confront two nightmares: losing who he thought was his soulmate and suddenly finding himself a single gay man in his mid-40s in New York City. Filming is scheduled to begin in New York later this year.

Sara Bareilles' Little Voice Will Not Get a Second Season
Sara Bareilles' Apple TV+ series Little Voice, which featured original music and explored the journey of finding your voice in your early 20s, will not be renewed for a second season, Entertainment Weekly reports. The series premiered in July 2020 and starred Brittany O'Grady as Bess, a young talent trying to break into the New York City songwriting scene. The show also featured stage actors like Colton Ryan, Chuck Cooper, Katrina Lenk, Ben Thompson, Dee Roscioli and more. As previously announced, Bareilles will step back into Waitress when it bows again at Broadway's Ethel Barrymore Theatre beginning on September 2. The musical comedy series Girls5eva, which stars Bareilles and Hamilton Tony winner Renée Elise Goldsberry, has officially been picked up for season two.

Aimee Mann to Release Music from Her Girl, Interrupted Musical
Two-time Grammy winner Aimee Mann will release her next album on November 5. Entitled Queens of the Summer Hotel, Variety reports that her latest recording will be composed of songs from the Girl, Interrupted stage musical Mann has been working on since 2018. The show is based on Susannah Kaysen’s bestselling memoir, which was adapted into a 1999 film. Mann released the first track "Suicide Is Murder” on August 6. Take a listen below!

Eden Espinosa & More Set for New Musical About Graciela Daniele
San Diego's Old Globe has announced the full cast and creative team for The Gardens of Anuncia, featuring a book, music and lyrics by five-time Tony Award nominee Michael John LaChiusa. The Globe-commissioned world premiere, which is inspired by the life story of Special Tony Award recipient Graciela Daniele, is directed and co-choregraphed by Daniele. Performances will run from September 10 through October 17 with the official opening scheduled for September 17. The cast for The Gardens of Anuncia features Enrique Acevedo as That Man, Andréa Burns as Tía (Lucia), Eden Espinosa as Mamí (Carmen), John Herrera as Grandfather, Carmen Roman as Older Anuncia, Tally Sessions as The Deer, Mary Testa as Granmama (Magdalena) and Kalyn West as Younger Anuncia.