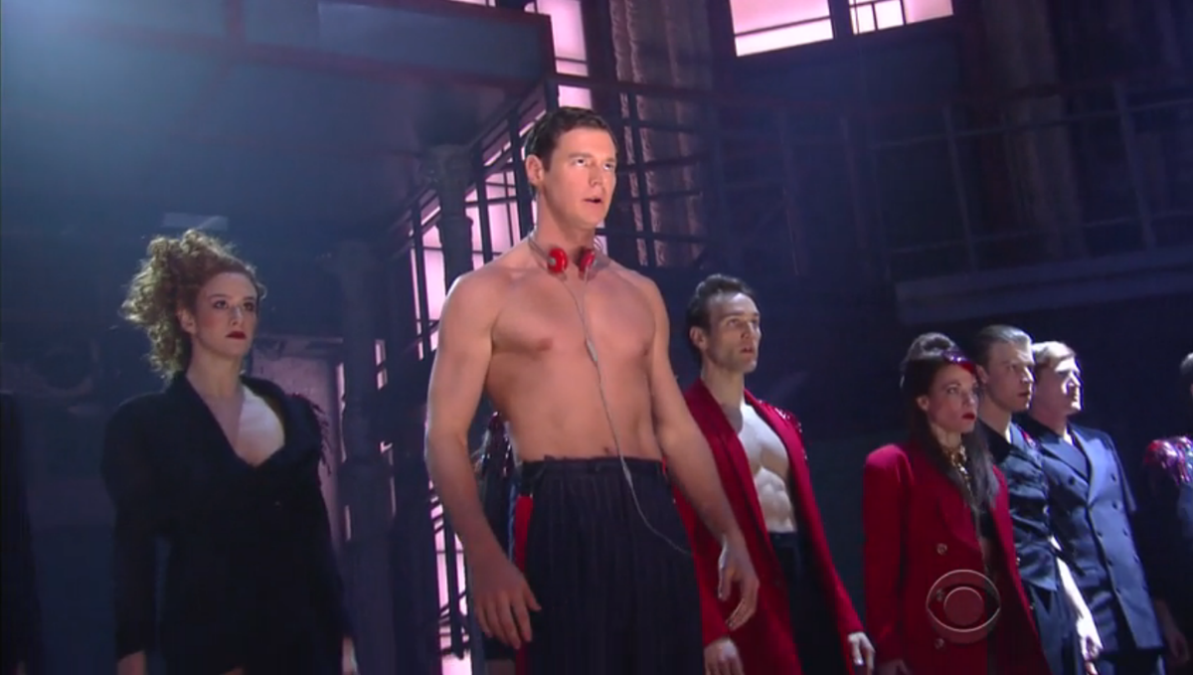 Everybody wants to rule the world, and the cast of American Psycho is well on their way to conquering late night. Benjamin Walker and his co-stars recently appeared on The Late Show with Stephen Colbert to perform "Selling Out." No stranger to a bloody, bloody good time, the headliner is playing Patrick Bateman at the Schoenfeld Theatre, where previews for the page-to-screen-to-stage tuner began on March 24. Though Walker's character is a calculated city slicker through and through, he and Colbert discussed their southern roots. "When I speak to my mother on the phone, [my accent] comes out. Or drink. They all go hand in hand. I love you, mom! I'm sorry," Walker joked. Watch the cast of American Psycho slay (and hear the star's adorable southern drawl) below!