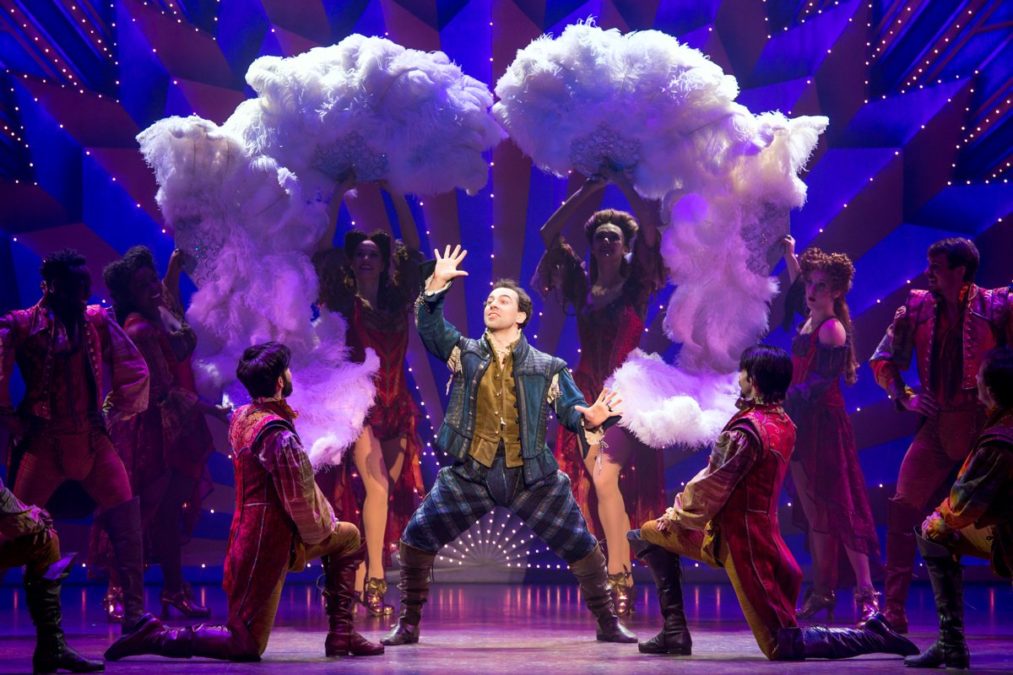 Welcome to the Renaissance! National Tour of Something Rotten! Opens in Boston

Now the stage is set for a huge response! The touring production of the hit Broadway musical Something Rotten! begins performances in Boston on January 17. The Tony-nominated tuner, which stars Rob McClure, Adam Pascal and Josh Grisetti, plays the Boston Opera House through January 29.

A mash-up of 16th century Shakespeare and 21st century Broadway, Something Rotten! tells the story of brothers Nick and Nigel Bottom, two playwrights stuck in the shadow of that Renaissance rockstar Will Shakespeare. When a soothsayer foretells the next big thing in theatre, the Bottom brothers set out to write the world's very first musical.

In addition to McClure as Nick Bottom, Pascal as Shakespeare and Grisetti as Nigel Bottom, the show stars Maggie Lakis as Bea, Blake Hammond as Nostradamus, Autumn Hurlbert as Portia, Scott Cote as Brother Jeremiah and Jeff Brooks as Shylock.

Get your tickets to see the hilarious Something Rotten! today!